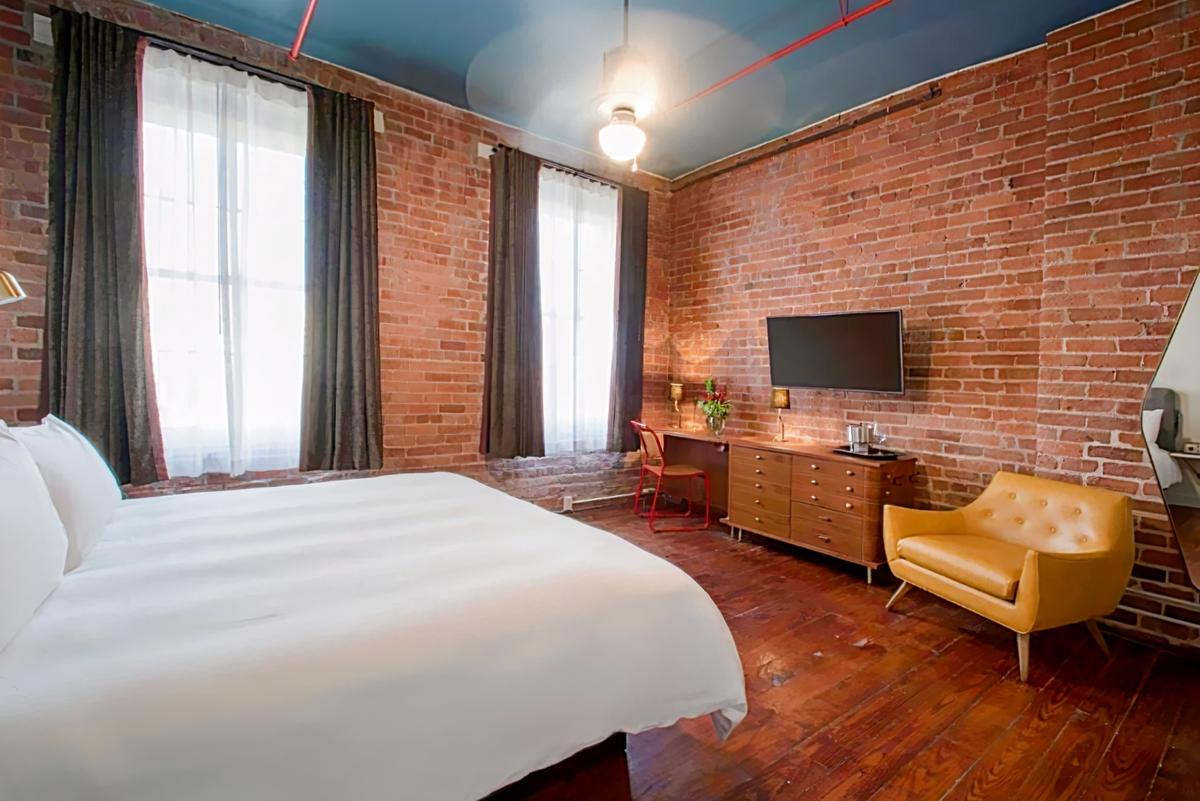 535 Tchoupitoulas Street, New Orleans, LA, USA
02 8417 1053
Our hotel experiences are exclusively during the daytime
Sorry, the hotel has no more available offers
Find a similar hotel among our 7000 partner hotels
Find another hotel

Pet friendly(US$25)
Description
The Old No. 77 Hotel is the latest incarnation of a building that began its life in 1854 as a New Orleans warehouse. Built in the heart of New Orleans’ bustling port district, just steps from the French Quarter, it served as a coffee warehouse before being purchased by E.J. Hart & Company. They used the building as a chandlery, and traded in goods used for sailing voyages from canvas and rope to paper, tobacco and patent medicines. Prior to the turn of the 20th century (when New Orleans renumbered its street addresses), the building's address was 77 Tchoupitoulas Street. In a nod to this heritage, and a tribute to the neighborhood’s artistic roots, the Old No. 77 Hotel takes its name from this original address.