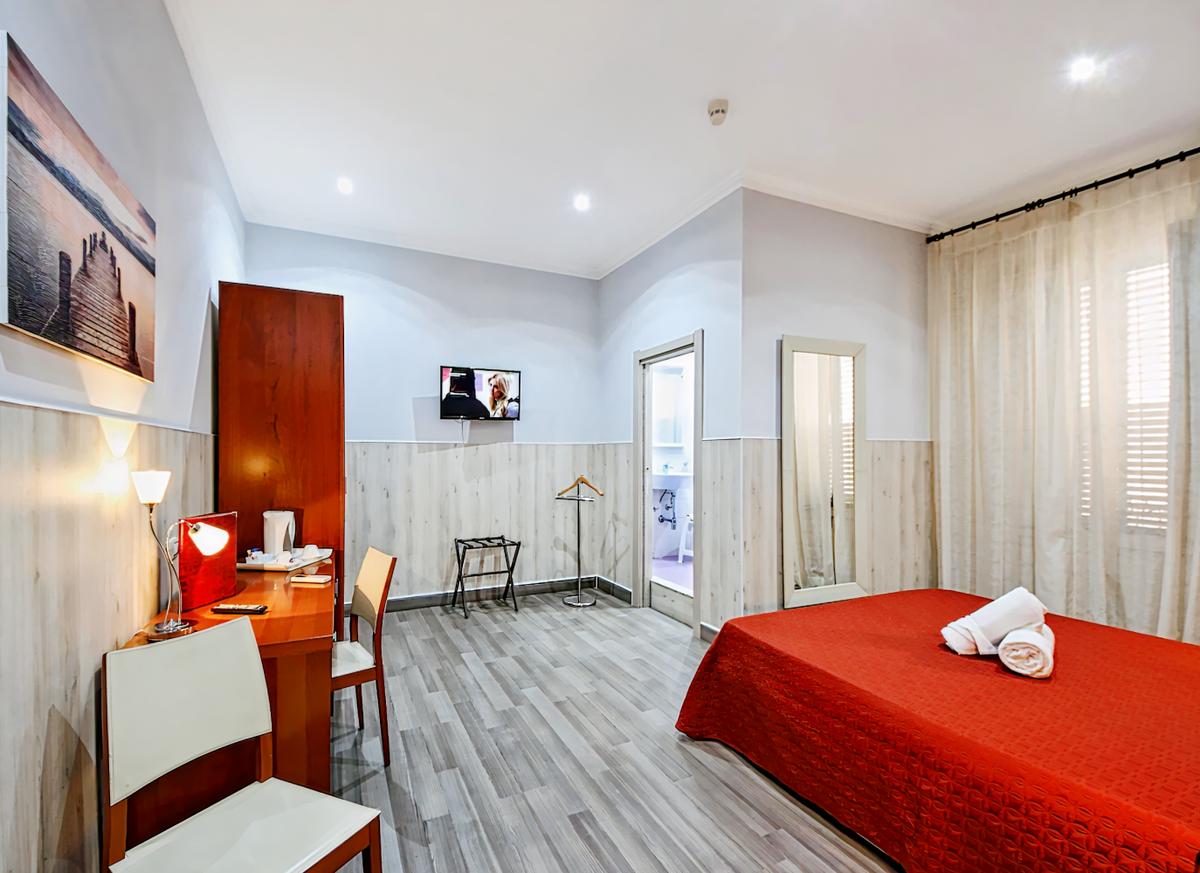 Pet friendly
Description
In the historic centre of Palermo, just a few steps from the city's two most important theatres, the Teatro Massimo and the Teatro Politeama, in an elegant Art Nouveau building dating back to the early 1900s stands the Hotel Tonic, a well-kept and refined 3-star hotel that offers services and comforts equal to those of a superior category hotel, thanks also to a careful renovation completed in June 2007. Easily reachable from both the port and the railway station, Hotel Tonic is the ideal place for those who wish to immerse themselves in the streets of the ancient capital of the Kingdom of the Two Sicilies and lose themselves in the scents and colours of one of the most evocative cities in the Mediterranean, and for the business traveller who finds himself just a stone's throw from the commercial and administrative heart of the city.