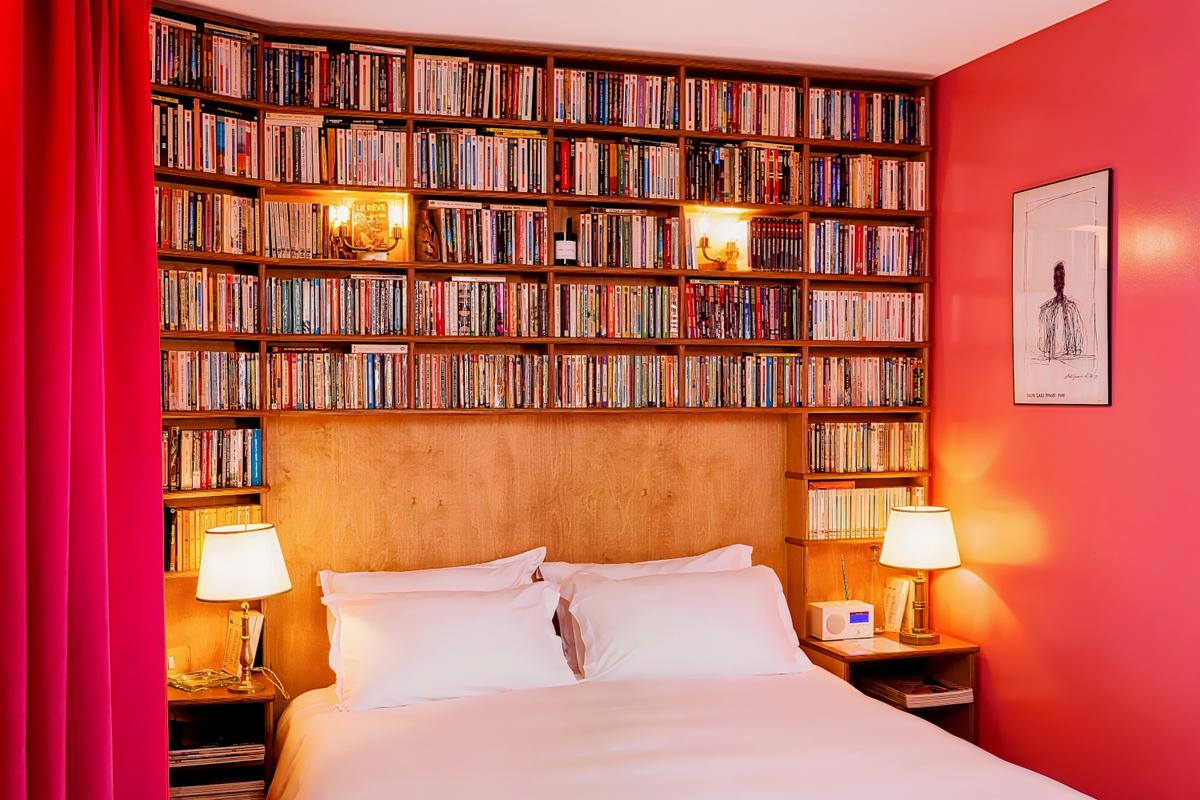 Included in the offer
2 glasses of Champagne
Room facilities

Included in the offer
2 glasses of Champagne
Room facilities

Description
Le Grand Amour is a small world in itself, where you sleep (well), drink barista coffees, meet hedonists, intellectuals and tourists, penniless musicians and wealthy travelers, friends of the house and even the bosses.It's a little piece of Parisian heritage that lives, sleeps and wakes up behind the facade of a pre-Haussmann building, not far from the Gare de l'Est, nor from the Grands Boulevards, between the Alsatians and the Indians, in its popular and bourgeois juice.There is a café open to the locals, and for lunch, dinner, or a drink, a succession of small, more discreet lounges (housing here a fireplace, there an aquarium and its tropical fish) between a patio with flowers and birds, and an interior courtyard with stone benches serving as a smoking room on occasion.The hotel is the result of the experiences of those who thought up this place. The first, the Hotel Amour, rue de Navarin (Paris IXe). But also all the palaces, boarding houses, 5-star hotels and motels that have been visited over the years. Le Grand Amour is a synthesis of these experiences and tries to adapt to a generation of people, Parisians and foreigners, who don't need a luggage handler, but can't do without an infallible wifi and a good coffee in room service or to go.Above all, Le Grand Amour is another idea of the hotel business, generous, because two people, even in bunk beds, are better; because a Parisian cannot be stingy; because the 10th arrondissement is also about eclecticism, encounters, life, day and night.