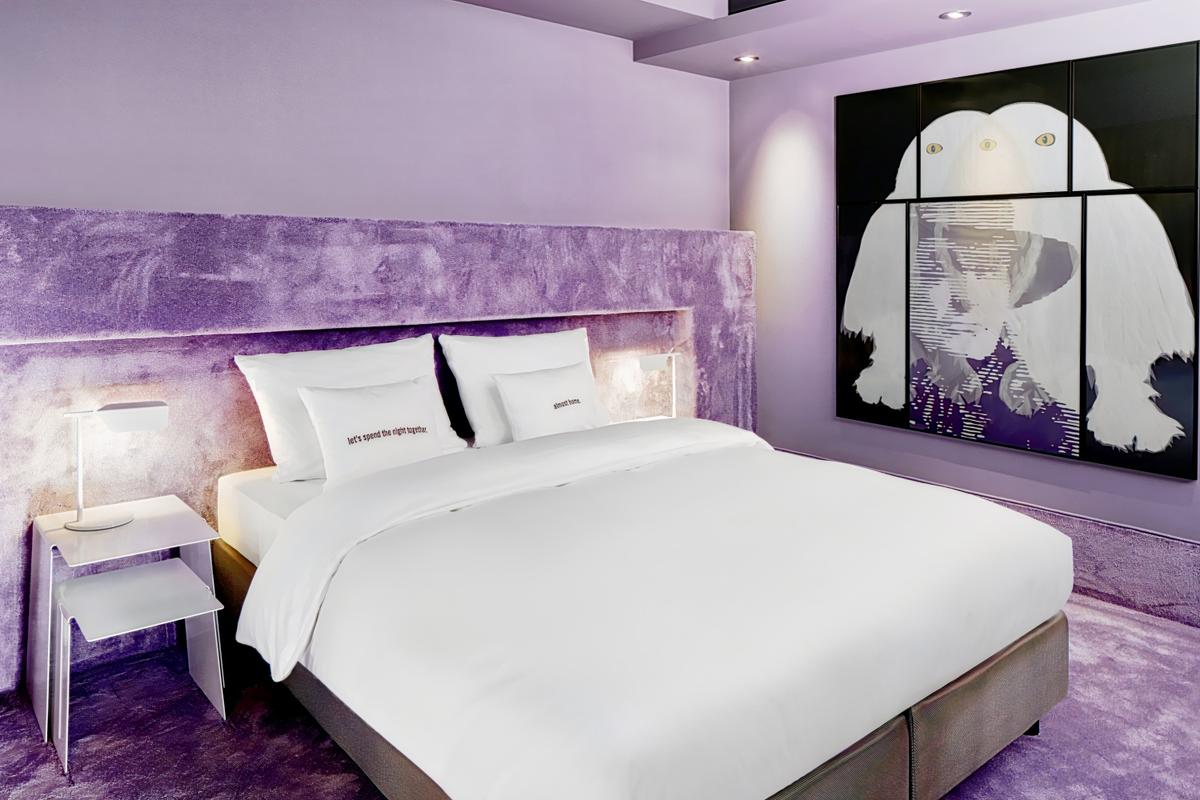 4.3/5 | 3 Reviews
Our hotel experiences are exclusively during the daytime
Sorry, the hotel has no more available offers
Find a similar hotel among our 7000 partner hotels
Find another hotel

Description
The 25hours Hotel Frankfurt The Goldman is located on Hanauer Landstraße in Frankfurt’s creative east end. Modern architecture carves out its place here alongside industrial memorials. Night owls encounter business travellers, big city adventurers meet urban pilgrims. Local legends and international celebrities, above all the famous director from the neighbourhood, Ardi Goldman, gives the splash of colour in the districts its multi-faceted personality. Under the direction of the Frankfurt-based artists Michael Dreher and Delphine Buhro, two worlds have been created with vastly differing lifestyles. The Western Sector is home to personalised, playful rooms with a romantic touch. The cool Eastern Sector oozes the raw charm of the UN Headquarters in New York. The Oost Bar can be a lounge, a bar, or a stage for local artists. At the Goldman Restaurant, stylish ambience meets an honest cuisine of the highest standard.